It’s no secret on this blog that I’m not a fan of Meghan Trainor. She’s supremely annoying at best and promoting unhealthy body image lessons at worst. But this new press release of hers is beyond the pale. 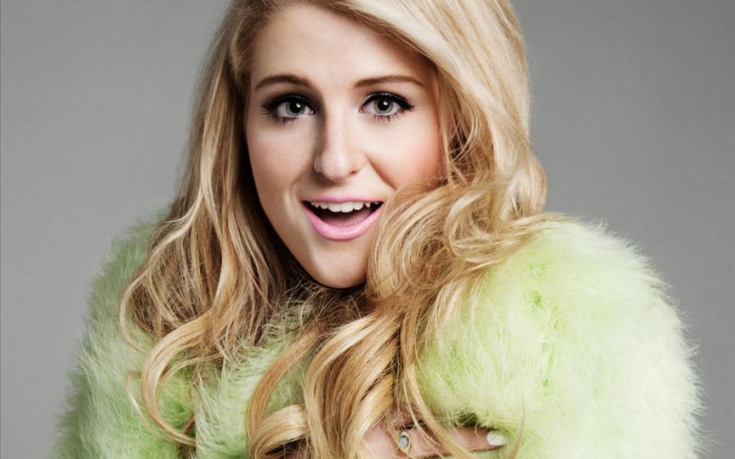 I’ll preface this by saying that I think Meghan is trying to tell us about some new music she’s releasing. She thinks you’ll like the new music. I’ll also note that Meghan almost certainly did not write this herself. Enough disclaiming. Let’s go.

“Valentine’s Day is around the corner, and whether you’re planning on smashing bae’s junk to smithereens or making out with a pint of Phish Food, you need some fresh Valentine’s Day bops to get you in the mood for L♡VE”

Yes, the word “love” has a heart in it, and no, you didn’t just have a stroke. Though that probably didn’t help. Some quick thoughts:

“And MEGHAN TRAINOR has got you covered with her new EP, THE LOVE TRAIN [Epic Records.] You know you want it. And you can freakin’ get it b*tch. On all digital platforms right HERE.”

I’m so glad they censored the word “bitch” but were perfectly comfortable talking about me destroying my girlfriend’s vagina.

“Meghan’s seducing your ears this V-Day, and you know she knows a thing or two about romance.”

Does she? If I recall, her number one song is about how guys should only want to fuck fat girls. Oh, there was also that one where she told all men everywhere to leave her alone.

“Unless your phone’s been broken for a hot minute, you know that Meghan just got married to the ginger from Spy Kids, and trust when we say, girl is feeling the love.”

Does it make you profoundly uncomfortable that they referred to a grown man by the role he played as a nine-year-old, almost 20 years ago? 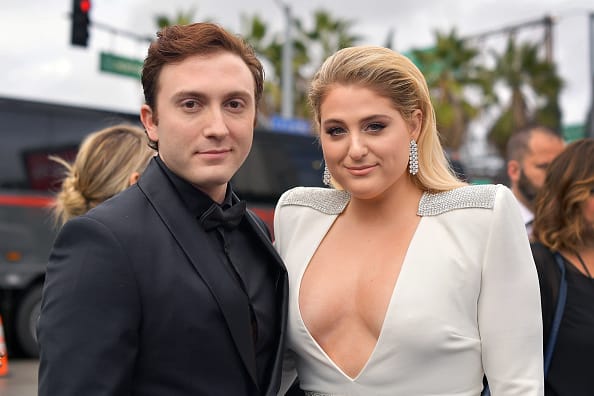 Does it help that he still looks like the exact same child? No? It’s much worse, you say? Try picturing him smashing Meghan Trainor’s junk to smithereens, see if that makes you feel better.

“We know you want to hear songs about all the hot newlywed sex Meghan and Daryl Sa-BAE-ra are having (did you see what we did there?).”

His name is Daryl Sabara, in case you definitely didn’t know that. And no, we definitely do not, for a lot of reasons.

“Which is why you’ll love the banging’ single “All The Ways.” Billboard was wet for “All The Ways,” calling it “another fun, danceable track to fall in love with.” And would Billboard lie to you, girl?”

“But perhaps the piece de resistance (that’s French for “Wig Snatch”) is “Marry Me,” a romantic acoustic guitar and ukulele-tinged Awww Fest which delivers all the feels (and then more feels).”

In case you know what “piece de resistance” means and not what “wig snatch” means, like a normal person, apparently “wig snatch” is a drag queen term for something so shocking (and usually unpleasant) that your wig falls off. Which 1) is not what “piece de resistance” means, 2) is not really appropriate for a love song, and 3) includes the word “snatch,” which is also a gross word for vagina, in keeping with the theme here.

“Meghan wrote the song thirty days after meeting Daryl, and it was so good that she walked down the aisle to it. We know, it’s a little bit #Vomworthy, but also, am I chopping onions right now or are those tears rolling down my face? I’m not crying, you’re crying.”

Oh good, I was hoping there would be references to vomit in this very normal press release about crushing genitals and marrying child actors. Also walking down the aisle to your own song is corny as shit.

“Plus, Meghan’s serving your insatiable thirst for dance-ready bops with the upbeat banger that is “Foolish.” It slaps so hard you’ll be stanning for days.”

You know that Twitter thread where an AI bot watches Olive Garden commercials and then has to write its own? This is what happens when the bot only reads Urban Dictionary.

““As if all the PDA, including foot massages, butterfly kisses and piggy back rides aren’t cringe worthy enough,” says her brother and videographer Ryan… “I’ve got to film it all!””

WHAT THE FUCK, MEGHAN.

I hope, for all of our sakes, that this is the worst thing you ever read.