So in case you haven’t heard, there’s this thing where the Internet has developed a fondness for cats.  Apparently—and we’ll flesh this report out as more information comes in—some people like to assign anthropomorphic captions to silly pictures of cats to imply that the cats themselves are saying those things.  The problem is that most of the people setting up the captions are insultingly stupid themselves, so I’ve taken the liberty of removing the captions from three photos and am going to tell you what the body language is actually saying here.

Yes, this is a lazy post.  I’m lazy.
First, we have a young and thus inevitably stupider kitty.  In a field.  You can tell by the way its ears are pointing different directions that it doesn’t actually know what’s happening in front of it, even though what’s happening in front of it is in fact a plant in its eyeball.  There is literally no reason to assume, based on this picture, that this kitten knows anything about its surroundings.  See how much we learned there? 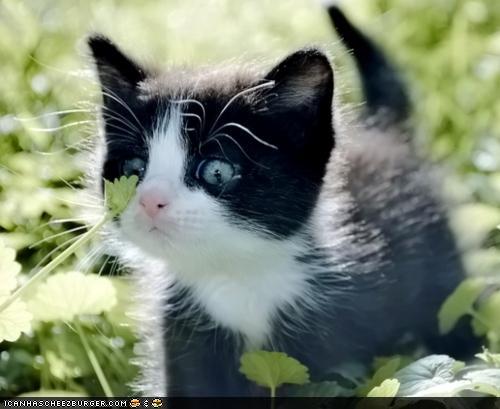 Second, we have this artistic wonder.  This . . . this is fucking adorable.  The ears are laid out to the side, the kitty’s doing that little head bump thing, the eyes are closed, it’s in black and white, it’s just . . . aaawww.  I know they’re not people, but that’s clearly all the body language of pure maternal love and contentment. 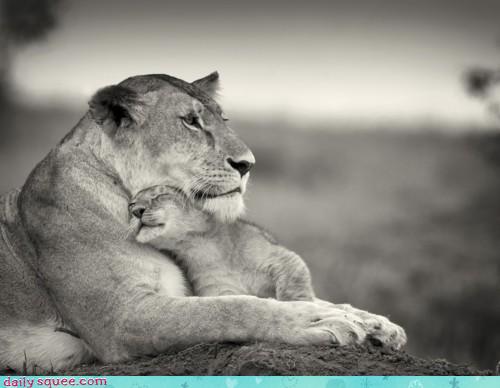 And our finale.  Ears forward = alert.  Lowered head = defensive.  Furrowed brow = ready to throw down.  Contrast that with the fluffly little fucker underneath, and the way that momma kitty’s standing over him, and you don’t have to speak cat.  The message here is clear. 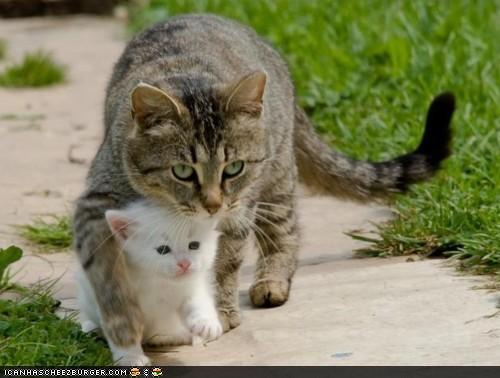 Come any closer to my kitten, and I’ll tear your goddamn face off.
I’ll do a real post soon enough.