This one time, and by this one time I mean Monday, April 11, 2011, I wrote a piece about how Joshua Kors has roughly the same computer literacy as a brick, if that brick was also bad with computers.  But today, I found someone who tops him. 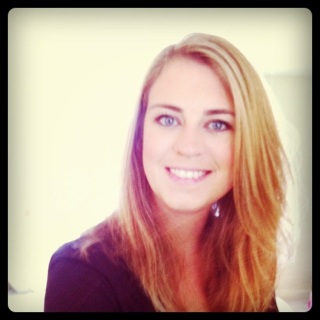 The person in question is named Monika Runstrom, and she is very pretty, but luckily I am unable to be distracted by things such as beauty and so I maintain that that is no excuse.  Especially since her actual job involves managing a website and blogging.  You’d think she’d be good with techy stuff.

Not so, apparently, as her latest blog post is entitled “My time spent in Gmail has doubled.”  Now it’s true, Gmail made some pretty serious interface changes recently, and a lot of people complained about it, so I assumed there was some minor thing that Monika used to do that was fairly technical in nature and is now more difficult due to one of the new changes.

Take a look at this screenshot from her blog. 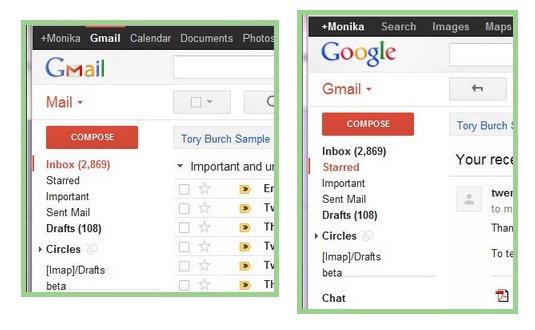 In it, she asks us readers to see if they can spot the difference.  Since I’m bored already with waiting for you, I’ll just tell you that the difference is that the old one says Gmail and the new one says Google in the corner.  Apparently, the Gmail icon used to link to the default inbox view, and now the Google one doesn’t.

I’ll pause to let you process that.

So Monika, a professional web-using person, has doubled the amount of time she spends in her email because, and I’m quoting,

You click Google, and NOTHING HAPPENS, hence the doubling of time spent in Gmail, because I sit… and wait for the inbox to load. Until I realize it is doing nothing.

I’m genuinely baffled.  I simply cannot process the amount of ineptitude it takes to be so thoroughly inconvenienced by such a simple change.  Especially when there is this button right there.

It turns out that if you click on the word “Inbox,” you go to the goddamn inbox.  It could not possibly be simpler than that.  This is like explaining what you’re supposed to do at a stop sign.

Monika mentioned it, and also that it didn’t occur to her and that someone else had to point it out.  So Monika would sit there, wanting to go to the inbox, looking at the word inbox, and never thinking to click on it.  Instead, she sat, scared and confused, for twice as long as she would normally take to check her email.  And was then so frustrated that she chose to write about it.

I’m sorry, Monika.  But you simply must try harder.